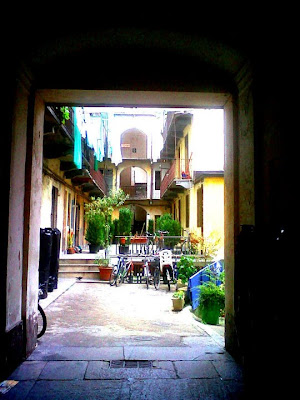 At my first Couch Surfing meeting, while having my usual (almost trade-marketed) against-Turin speech, someone asked me to name at least one thing I love about this town; my instant replay was San Salvario, the multicultural suburb where I proudly live since when I moved to Turin. Having been working at Paratissima (a cultural manifestation involving all shops, clubs, restaurants and places in San Salvario) I had the chance to meet personally all those San Salvario people working and/or living in the area and to have access to some of its “secret” places (such as the amazing roof garden of the Studio 999 in via Goito). San Salvario reminds me of a big village which develops around the main square where the market takes place and where you know everybody’s faces from being kinda neighbours and hence you are allowed to say hallo and greet people within the San Salvario microcosm (which, believe me, it is not so obvious in the rest of this cold town!). What all San Salvario people have in common is the pride of belonging to this suburb, both the newcomers (mostly students, young artists and thirtysomethings with a creative job) and those always starting a speech about San Salvario with the Blade Runner line “I’ve seen things you people wouldn’t believe”, referring to a inglorious past of the suburb which they had experienced until few years ago, when San Salvario was the “Bronx” of Turin. But, during the last few years, the area experienced a restyling: many restaurants, clubs and cultural places opened (meaning lights and people in the streets during the night), drugs and prostitutions became less tolerated, buildings were renovated and –of course- prices raised, forcing some of the “natives” to move somewhere else (as it happened to the African delicatessen “Lizzy Kitchen” -now in Corso Palermo).

That’s exactly when I arrived, just a couple of years ago, and started living/loving this area, the only area of the whole town were you can feel welcomed, sometimes even sheltered, regardless of where are you coming from. Meanwhile the restyling didn’t stop: the nightlife gravitational centre is slowing moving towards South, until the borderline of corso Bramante or even corso Dante, the underground line opened under via Nizza and many fancy/radical chic/indie clubs are opening all around, changing the shapes of an area which originally was more unconventional. Right now we are witnessing a sort of Monopoly game which is changing the soul of San Salvario by night, while independent cultural spaces are closing and standard nights clubs are opening, clubs which are very similar to the ones of other areas of the town (from where –it goes without saying- the Monopoly buyers are from…). But luckily all my favourite places are still there (and, hopefully, always will!); hence I can start my average San Salvario day having breakfast at Teapot, wandering around the Guazzabuglio shop, lunching with a delicious pizza at Marfi, spending time among the Trebisonda bookshelves, eating a kebab at Horas (which, by the way, is the first place in Turin where I have been, when I came here from Slovenia for the job interview), drinking a glass of Goccio di Bianco at Eno’ and ending the night in the sweetest way: a crepe and a glass of cider at Adonis in Largo Saluzzo, chatting with friends sat on the “blue chairs” in the middle of the square. 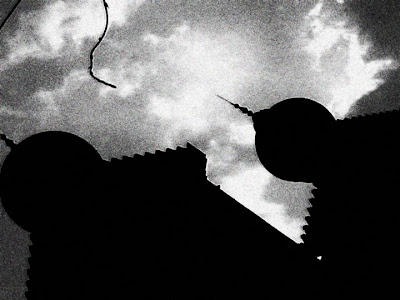